Britain’s windfarms provided more electricity than its eight nuclear power stations in the first three months of 2018, marking the first time wind has overtaken nuclear across a quarter.

The renewable energy industry hailed the milestone as a sign the UK was well on its way to an electricity system powered by cheap, domestic green energy.

Across the first quarter, wind power produced 18.8% of electricity, second only to gas, said a report by researchers at Imperial College London.

At one point overnight on 17 March, wind turbines briefly provided almost half of the UK’s electricity. Wind power helped during the cold snaps, too, supplying 12-43% of electricity during the six subzero days in the first three months of the year.

Two nuclear plants were temporarily offline for routine maintenance, while another was shut because of seaweed in the cooling system.

While wind together with solar supplied more power than nuclear in the final three months of 2017, thiswas the first time wind has managed the feat alone.

Dr Rob Gross, one of the authors of the Drax Electric Insights report, said: “There’s no sign of a limit to what we’re able to do with wind in the near future.”

The opening in December of a new power cable between Scotland and north Wales also helped unlock electricity from Scottish windfarms, some of which would normally be turned off to help National Grid cope.

The Western Link connection has drastically cut the amount of money paid by National Grid to windfarm owners for that curtailment. The company paid £100m in 2017 for curtailment. This year payments are already down by two-thirds.

Emma Pinchbeck, the executive director at industry group RenewableUK, said: “It is great news for everyone that rather than turning turbines off to manage our ageing grid, the new cable instead will make best use of wind energy.”

News of the quarterly milestone came as MPs said UK emissions targets were threatened by government policy changes, which had caused a collapse in clean energy investment since 2015, including a 56% fall in 2017.

Mary Creagh, Labour MP and chair of the environmental audit committee, said: “Billions of pounds of investment is needed in clean energy, transport, heating and industry to meet our carbon targets. But a dramatic fall in investment is threatening the government’s ability to meet legally binding climate change targets.”

Separately, the spending watchdog concluded that £23bn spent on a government subsidy scheme for low-carbon heating had been poor value for money and did not deliver its aims.

The public accounts committee said the renewable heat incentive had “wildly optimistic” goals and that the government failed to understand what consumers wanted. 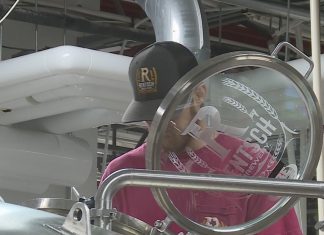 November 17, 2017
GEORGETOWN, TEXAS - Georgetown has gained international spotlight for choosing to move to 100 percent renewable energy, and a local brewery is choosing to...