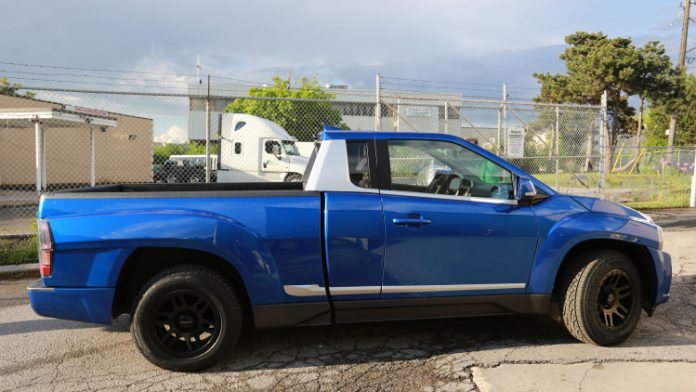 To this point, all electric vehicles have been limited to smaller sedans. Sure, the Tesla Model X is technically a Crossover, but no one is mistaking it for an SUV anytime soon. The eco-friendly truck lovers among us have thus far been left out of marketplace. Good news is on the horizon, however, as in the coming years, a new electric truck is in the works.

The Canada based company Havelaar looks to release the first fully electric truck with their Bison vehicle. In order to entice the traditional truck enthusiast, the auto manufacturer has focused on performance.

The Bison is powered via front and rear mounted electric motors which power all four wheels. This layout is crucial for off-roading, as the company claims it can match the prowess of a gas powered truck.

Other performance capabilities of the Bison include a 186 mile driving range and a steel frame reinforced with carbon fiber. Havelaar wants the truck to be able to go the distance in harsh environments such as the Canadian wilderness.

Havelaar joins Tesla, Workhorse, and Bollinger in the race to release the first fully electric truck. While it is still unclear when any of these manufacturers will actually make it to market, more information is on the way. Workhorse hopes to begin producing their trucks by the end of 2018 and Bollinger will go public with their design this summer.

The future is bright for the pickup truck, as poor fuel mileage has thus far left the eco-friendly off-roader without much of a leg to stand on. They will soon have their chance to go green.